Qualities
Epithet – Unseen Mistress of Illusions
Motivation – The world is a stage, and Adriana is the director.
Other – Adriana refuses to take life.

Challenges
Weakness – Adriana is always invisible.
Social – Adriana is a villainess known for being deceptive. Can she be trusted?
Enemy – Red Right Hand has not forgiven her villainy, and seeks to bring her to justice.

Adriana Novak was once a magician’s assistant, and an aspiring actress and model. Unbeknownst to Adriana, the magician acquired a page of the Libris Oscuris, an ancient magical text, and planned on using it to spice up his act. During a show, he cast a spell to make Adriana disappear. However, he was not able to bring her back.

Now permanently invisible, Adriana had no way of achieving her former dreams. Instead, she turned to a life of crime. She conducted a number of impressive heists, which her new power facilitated. Adriana proved nearly impossible for the authorities to track down. Superheroes occasionally apprehended her, but prisons could never contain her for long.

Adriana was particularly concerned with acquiring other pages of the Libris Oscuris, in the hope that they would contain the key to reversing the spell. She never found the page she was looking for, but the other pages taught her how to how to create masterful illusions.

This knowledge made her a truly formidable villainess. When Adriana was involved in a crime, it became impossible to distinguish between fantasy and reality. Anyone or anything could be just another illusion. Paranoia, seduction and misdirection became her weapons.

When Adriana chooses to interact with others, she does so by creating an illusionary character. She has created a huge number of alter-egos for this purpose. When she wants to be recognized, she creates an idealized image of herself from before she disappeared – a young, attractive, red-haired woman.

Adriana has long since given up her goal of reversing the invisibility spell. Tricking an unwitting populace into doing her will is much more fulfilling, especially when it involves bringing down those who think they have power.

Though Adriana has risen to the heights of supervillainy, she refuses to commit murder. She has worked with superheroes on occasion (sometimes without their knowledge), though this has frequently ended in betrayal.

After a recent encounter with the hero Silverfish, Adriana has expressed a desire to reform her ways. She has pledged her support to a group of heroes, but it is unclear what her true motivations are. It wouldn’t be the first time she betrayed anyone. 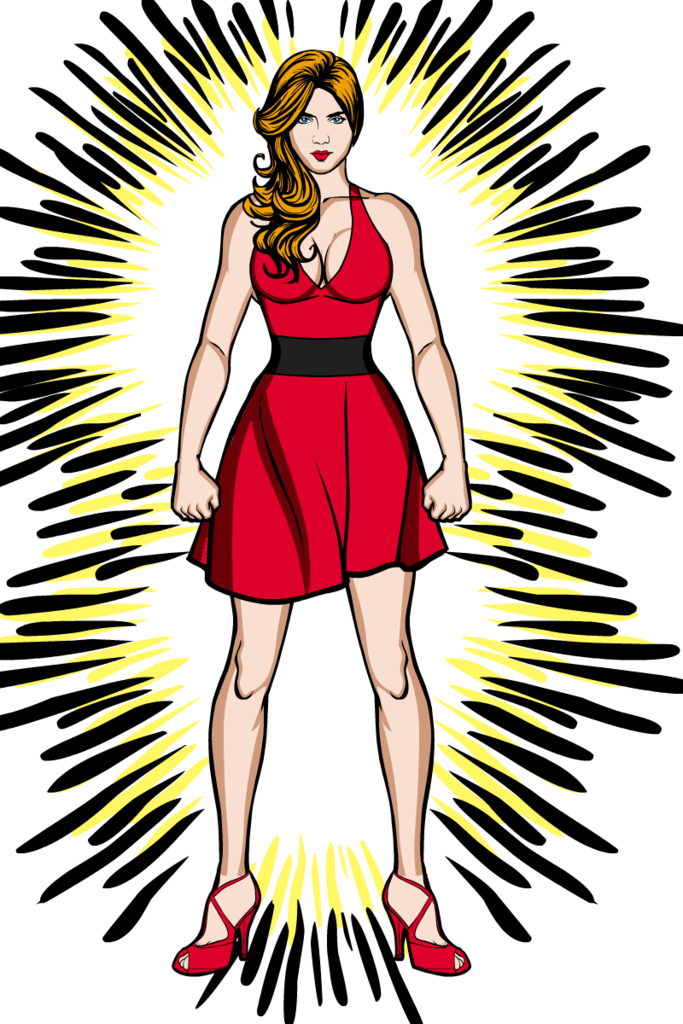