“Hamliton, Del., 29 to 31 January 2014:” The “Eighth Legion” responded to prison breaks and the tripartite threat of mysterious criminal schemes. At Sharp Harbor, the superhero squad was split in two when some members apparently blinked out of existence.

The Cloaked Quarrel uses a new glue bolt to block the periscope of the U.S.S. Icefish, a retired submarine boarded by the “Technoluminati.” Thunderbird rips open a hatch, but the criminals can only be heard scampering around the metal decks.

Phantasm, who was once a member of the “Technoluminati,” creates an illusion of the Stranger, Erwin72, DarkStorm, and Empty Spoon in case they’re being watched. Merlin is called away by mystical affairs.

Erwin72 asks the Stranger to create multiple shadowy portals as a diversion. DarkStorm is ready to fight, and Empty Spoon holds the officers at bay with gusts of wind. The other bioroids say they are hunting Anomaly S48, whom Erwin72 identifies as Maxwell’s Demon.

Aboard the U.S.S. Icefish, the Cloaked Quarrel calls out to Blackout, Flashbang, Mundane, and Ricochet to surrender, but they seal themselves in a compartment. Three spirits, which were released when the Stranger had teleported through their dimension, enter the sub and surround it with a dark haze.

Phantasm notifies the local authorities of problems at the harbor, and Thunderbird takes flight to survey the scene. The Cloaked Quarrel drops his cell phone into the sub, even as the shadows prevent water from entering and take the vessel out.

The young archer, shapeshifter, and illusionist return to the “Fortress of Fortitude,” their base in an abandoned subway station. Kyle reminds Rain and Adriana that they have an appointment the next morning with Harvey Thorne, a person of interest at Stevens Inneman Refractory Co. (SIRC).

In Lepton City, Erwin72 quickly explains to the Stranger, DarkStorm, and Empty Spoon that he is one of four models. The Rudolph uses its ability to see the future to strategize, and the Alex synths patrol and command. The Joe, which has tactical precognition, is designed for rapid response.

Erwin72, a.k.a. Agent Schrodinger, manages to keep his extraplanar companions from being arrested. Rudolph62 says that Maxwell’s Demon is a “dimensional lacuna” and agrees to let the Eighth Legionnaires help hunt the supervillain before destabilization spreads.

DarkStorm finds a reassembled video game console whose components the Technoluminati had stolen. It eerily parallels his team’s current situation. The armored vigilante hands over the computer parts to Rudloph62 for analysis.

Time-displaced gunslinger the Stranger and monk Empty Spoon are confused by talk of Schrodinger’s research into singularities and quantum entanglement.

The next morning in Hamilton, Kyle, Rain, and Adriana don business clothes and go to SIRC’s Cobalt Tower downtown. Secretary Abigail Williams shows them to an oak-lined office with nautical decor.

Harvey Thorne, a 30-year veteran at SIRC who served in the U.S. Navy during the Korean War, quickly sees through their disguise as real estate developers interested in the Fairmont neighborhood, home to a mysterious financial processing center (and the Fortress of Fortitude).

Adriana says that they’re actually interns sent by a SIRC competitor. Thorne wonders aloud if it’s the Eden Institute, D.J. Sharrif, or Oryx Industries, and Kyle indicates that he has connections with Oryx (actually through DarkStorm). Confident Thorne still agrees to give them a tour of the facility that afternoon.

The crime fighters return to their underground base and decide to open a nearby hatch into the SIRC building ahead of their tour. The Cloaked Quarrel, Thunderbird, and Phantasm find a huge warehouse full of servers and dot-matrix printers.

One spews names, Social Security numbers, and addresses, all with the birth date of 27 February 1933 (possibly Thorne’s). Another antique printer reels off seemingly random equations ending in a null set. They take some of the reams of paper for further study.

Beneath Lepton City’s glittering skyline, the fearless foursome hunts for Frank Zorn, the lead programmer for the video games and a suspect in a meticulous but insane plan back in Hamilton. 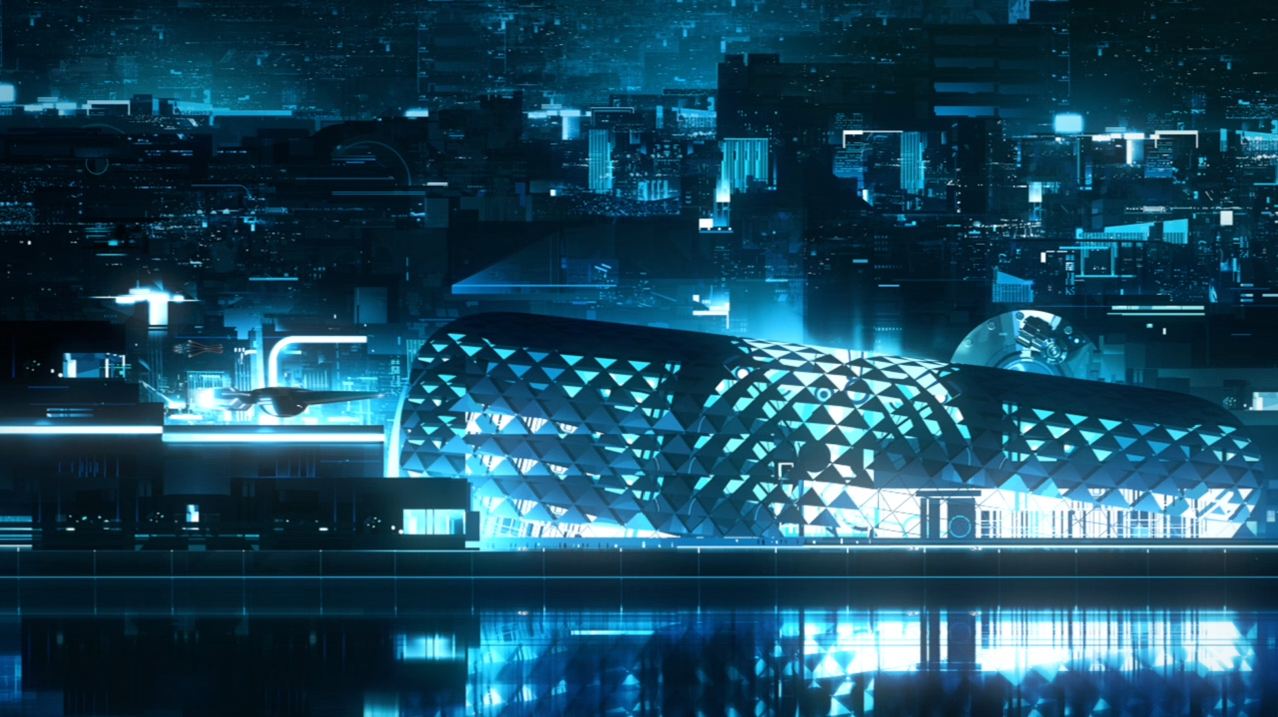 The Stranger, Erwin72, DarkStorm, and Empty Spoon go to the Iron Orchid Migraine Cabaret, a “vein arcade” or nightclub. Numerous drugs, such as Coma Plus, Friendzy, Merge, Shadow Fury, and Soar, are available, apparently legally.

The intoxicated humans give Erwin a wide berth as he leads the way to a roped-off area. The Eighth Legionnaires meet a strange group of criminals. Jani Gold is a statuesque enforcer with big guns (Zero Approach Kafkacell Hand Cannons), and Remmer uses his skills to raise money.

Novak seems bemused by Erwin72’s request for help finding Maxwell’s Demon or Zorn. The Scholar compliments the Stranger on his fashion sense, but Empty Spoon doesn’t trust the would-be revolutionaries.

Tim considers Novak’s offer for the newcomers to conduct a heist: to obtain a quantum chip guarded by a logic puzzle in a Helix Tower safe. DarkStorm’s companions disagree.

In the SIRC server farm, the Cloaked Quarrel, Thunderbird, and Phantasm see a monitor displaying footage of people touching a large bone and chanting “kydtayn siacca.” The archer and eagle shaman recognize that as the invocation of a flash mob at the Ramseir Museum of Natural History, where the late Erichtho once animated a Tyrannosaurus Rex skeleton.

The trio tries to leave, but they are surrounded by security robots. Rather than fight, the Cloaked Quarrel leads the way through the hatch and runs toward the surface rather than lead the droids back to their base. Kyle, Rain, and Adriana separate to continue their investigations.

Rain goes to Harrow House, an orphanage for master-less familiars, to talk with Rebekah Dejardines about the chant. The enchantress says that senior members of Hamilton’s mystical Conclave are leaving the city. Kyle tracks his cell phone and the Icefish to the site of a sunken World War II U-boat.

Adriana seeks out Silverfish, the superhero who set her straight, but finds his snotty sidekick Firebrat instead. He looks at the equation printouts and says they’re related to quantum fields, brane theory and N-dimensional space.

Speaking of alternate dimensions, the other Eighth Legionnaires decide to leave the Iron Orchid. As “Saffron Lightning,” Empty Spoon uses super speed to snatch Aurora for further questioning by DarkStorm at one of Erwin72’s safe houses. Aurora mentions District Fatima, which might be parallel to Hamilton’s wealthy widow of D.J. Sharif.

The interrogation is interrupted when Erwin learns of a sighting of Maxwell’s Demon at Helix Tower. The glowing anomaly is apparently unable to get through an invisible barrier around the massive skyscraper.

Empty Spoon blasts the demon with air and jumps off the tower as he falls. The Stranger throws shadow bolos but misses, and DarkStorm joins him on shadowy steed Gabriel in riding vertically down the twisting tower. Erwin72 aims at their foe and notices that Jani Gold has entered the building, presumably also to steal the chip.

Saffron Lightning stops their descent by smashing Maxwell’s Demon through a window. The supervillain disintegrates part of the tower in an attempt to get away. Erwin72 and Gold slide down the tower, and the Stranger teleports himself and DarkStorm so that Gabriel can try to trample Maxwell’s Demon.

In Hamilton, Kyle, Rain, and Adriana meet Harvey Thorne and feign ignorance during their tour of the SIRC data center. Thorne looks around for robots but doesn’t see any. He panics when the Red Right Hand, a violent vigilante, appears with a manila folder.

Thorne confesses that his boss, Frank Zorn, has been using SIRC as a front and has been buying up exotic technologies. In return for sparing his life, Thorne is compelled to say nothing of their meeting and to inform them if he hears more from Zorn.

The Cloaked Quarrel thanks the Red Right Hand, with whom he has previously worked, for his help taking out the robots and warns him that a major criminal enterprise is about to happen. The sniper, Thunderbird, and Phantasm return to their base and aren’t surprised to see that a vending machine, which once dispensed dangerous Indian Head candies and more recently held a Devil Doll dagger trophy, has been removed by the robots.

In Lepton City, DarkStorm punches Anomaly S48 through the floor. Maxwell’s Demon tries to slam him in return, and the Stranger throws his shadowy bolas. Erwin72 pursues Jani Gold, who is in an ascending elevator. Will the two superhero teams be able to stop the unfolding cross-dimensional horrors in time?